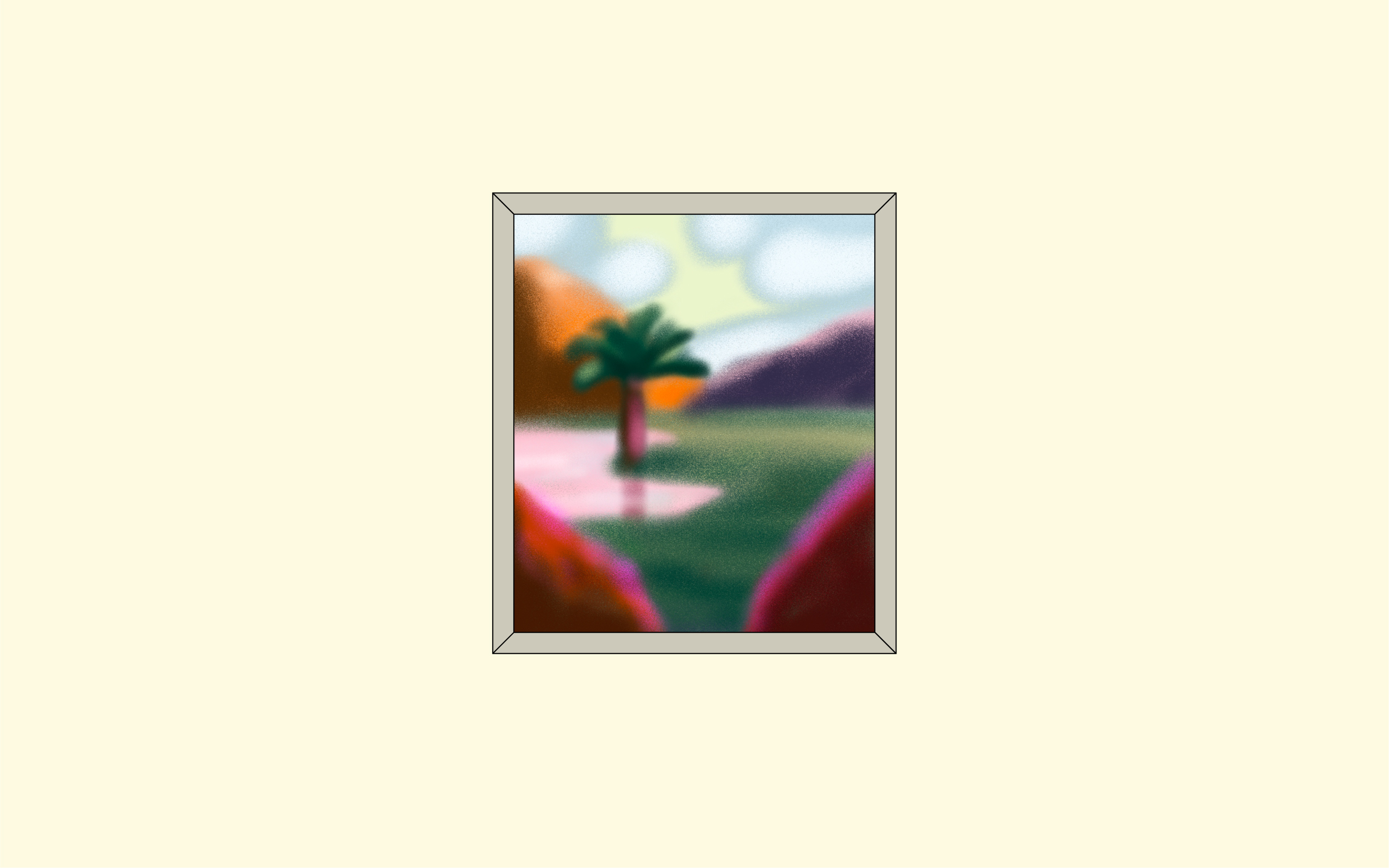 At the Taft Hotel in Manhattan, just a block from Radio City Music Hall, a band plays during lunch and dinner in a restaurant lounge named the Grill Room. The menu lists the music, and the roster of rotating house bands is printed on the cover. It’s 1964 and lunch is served at noon. Enoch Light and His Orchestra are playing bossa nova versions of blues standards while guests order dishes of cold Cape Cod oysters; the dulcet tones of trumpet-forward Beatles covers reverberate under plates of seared steaks and potatoes au gratin. Each song bounces off the hotel lounge’s satin curtains as the bass notes roll along the marble floors. A tinny broadcast of the live band transmits the musical lunch hour live on FM radio from Light’s handheld microphone.

Later, the sounds of Light’s Orchestra could be found emanating from a midcentury stereo cabinet in a suburban living room in upstate New York. Maybe it’s dinner time again, or maybe it’s happy hour. The album, Discotheque: Dance, Dance, Dance, is probably a souvenir from a trip to the big city. It’s not the exact broadcast from Light’s lunchtime sessions, but all the tracks are there, recorded as if the band were in that same room—a style for which Light became famous. The Discotheque album cover features a dynamic, radial line drawing of arms and legs akimbo by George Giusti, while boasting the “in-person impact” of the sound quality in text along the top. The back cover lists all the dance moves that match each track, like the Frog, the Watusi, and the Wobble, for example.

A decade or so after Light’s record filled that upstate living room, Discotheque found a new life after being reissued and distributed by Pickwick Records, a budget company that dominated the “junk” record industry from 1957 to 1983. Junk records are are non-collectible records that tend to fill bargain bins and thrift stores. Pickwick mostly distributed “soundalike” records (a sub-genre of junk records), which are recorded by anonymous session artists and produced to mimic the style of a more famous album. And though Discotheque itself was not a soundalike record, it was junk in the sense that its repressing led to a serious degradation in quality.

Light’s album was associated with the big band era, but the junk version was marketed as “easy listening” and sold in stationery stores and pharmacy gift shops. In doing so, Light’s pioneering sound, what came to be known as the Command Performance sound, was lumped in with telephone hold music. I found the record in a thrift store bin not long ago, and pulled up a track on YouTube. The sound of Enoch Light and His Orchestra sounded soupy through my earbuds, especially as it battled with the store’s blown-out speakers. Shaky, overblown horns competed for each speaker in stereo, erratically. The drum track cracked, the xylophone sounded like a slinky tripping down the stairs. The sound-alike version is noisy but kitschy; I can picture the sound floating over sunken living rooms while characters from Mad Men do the twist in sloppy fashion with martinis in hand.

ABC-Paramount acquired Pickwick Records, whose low-overhead budgets resulted in tons of fodder for the bargain bins (Pickwick later absorbed Light’s Command Performance label, paving the way for multiple reissues). The criteria for the junk record genre is fickle and elastic: rare junk records like an early Pickwick reissue can auction for thousands of dollars, while the rest pile up in thrift stores. Anything can be considered junk once it’s rendered surplus.

Junk record covers are often off-kilter reimaginings that give the sleeves a charming, discordant aesthetic. The album art Light chose for his Command-era records is tasteful, minimal, on-trend, but vague. Meanwhile, the art for Pickwick’s 1978 reissue of Discotheque: Dance, Dance, Dance is pretty, but the music itself doesn’t match the cover of the album in my hands. The artwork is attributed to a mysterious entity, “Clinton Stockwell,” an apt name for a budget graphic designer. Based on art alone, it looks more like an ambient album from the late 1970s than a record from a bossa nova big band.

The artwork hovers in between anything legible in either direction aesthetic-wise, like the weird arrow shapes that sit inside the floating square on the cover. The bouncy wayward pyramids, like prism rays or an ocular migraine aura, are a rip-off homage to Light’s earlier collaborations with Josef Albers for his Command covers, and to the founding band master of dime-store records, Enoch Light himself. All while referencing a contemporary-era minimalist style pioneered by Brian Eno in a muted Memphis-style palette.

Anything can be considered junk once it’s rendered surplus.

How did a titan like Enoch Light end up with such a confusing cover for the reissue of his own former label? On Discogs and other online collector’s forums, the album sells for roughly $6. Plenty of Web 2.0 music blogs are dedicated to identifying a rare record in the wild. Clicking through, I was surprised to find I had inadvertently collected a handful of Pickwick Command reissues of Light’s on accident through years of sifting through thrift stores, compelled by the cover art, which was either an homage to or directly lifted from Albers’ work.

For Discotheque, Stockwell’s album design is a direct reference to Robert Fripp & Brian Eno’s 1975 studio album Evening Star, which features a rectangular painting by Peter Schmidt. Typographer Bob Bowkett, who designed iconic covers for Island Records, positioned the square with meticulous precision underneath a line of clean sans serif type. (If you really want to go deep, the rectangle motif first appears on Fripp & Eno’s early project, King Crimson’s USA, with an album cover designed in 1975 by, guess who? Bob Bowkett!) Light, Eno, Schmidt, and Bowkett share sensibilities in precision and technique—getting the sound just right, placing the type just so, making the pastel box float. It’s worth noting that Schmidt’s work was hugely popular in Iceland, as much of his art resembled the regional landscape of single floating towers of glaciers; ice on geologic time. It pairs well with meditational ambiance, fog, and mirage.

The joy of Pickwick’s Discotheque cover is that you can see Stockwell’s hand: His kerning is “wrong,” but it holds its own intentional charm. (His 8-track design is even spacier.) What led him to his design decisions—the rectangles, the airiness, the funky italics and mismatched typefaces—is what intrigues me most. Stockwell’s other album covers for the late ’70s Pickwick reissues betray his enthusiasm for the floating square in general and seemed to be inspired by Schmidt, Eno, and Bowkett. Both fan art and ode, Stockwell’s Enoch Light cover, though aesthetically dissonant, is conceptually strong. Enoch Light was an audiophile, after all, and he shares with ambient artists like Eno a distinct fascination with sound and studio technology. Stockwell’s design is semiotic for simplicity; the visual concept reflects the idea that sound quality affects the body as much as the mind; that soothing sounds can cure the specific anxieties of an era.

According to Elevator Music, A Surreal History of Muzak, Easy-Listening, and Other Moodsong by Joseph Lanza, “elevator music,” or muzak, emerged in the early 20th century in response to post-Victorian era fears of technology and the spirits that seemed to animate them—like electric elevators introduced in 1899 and outfitted with angelic bell-toned tuneage designed to pacify frightened riders.

Teasingly nicknamed “Bachelor Pad Music,” Billboard dismissed and pigeonholed Light to the genre of “easy listening,” but Eno and Light were not so different. Under the umbrella of ambient and atmospheric sound, they both loved sound for its somatic potential and each proved to be continuous tinkerers in their own way. Eno was influential but not popular; Light was popular and influential, though the latter goes unnoticed today.

Peter Doggett, author of Electric Shock: From the Gramophone to the iPhone—125 Years of Pop Music, writes that Enoch Light was the “doyen” of early stereo style but was dismissed by critics for his easy listening enthusiasm. He was a man for the public, a performer in the round: He wanted everyone to have the joy of the half shell acoustics at the Taft Grill in post-war modern Manhattan channeled straight into their sleepy suburban living rooms.

Discotheque: Dance, Dance, Dance is a goofy-sounding album but a cultural relic. As noted, the sound of it compressed and uploaded to YouTube is disruptive, and, well, bad! Junk records are encoded with their own references and semiotics for nostalgia, first for a specific class bracket—the American suburban middle class—and later, for novelty shoppers, audiophiles, and crate diggers. What ends up in thrift stores (cultural excess), what repeats and reproduces longest, will become our most legible artifacts. What we thought was schlock tells us more about who we were than our most expensive museum experience. And what we are is an outdated record built for vintage stereo systems reissued and mischaracterized by its album art, languishing in the thrift store, sealed in its original plastic and waiting for a curious hand.