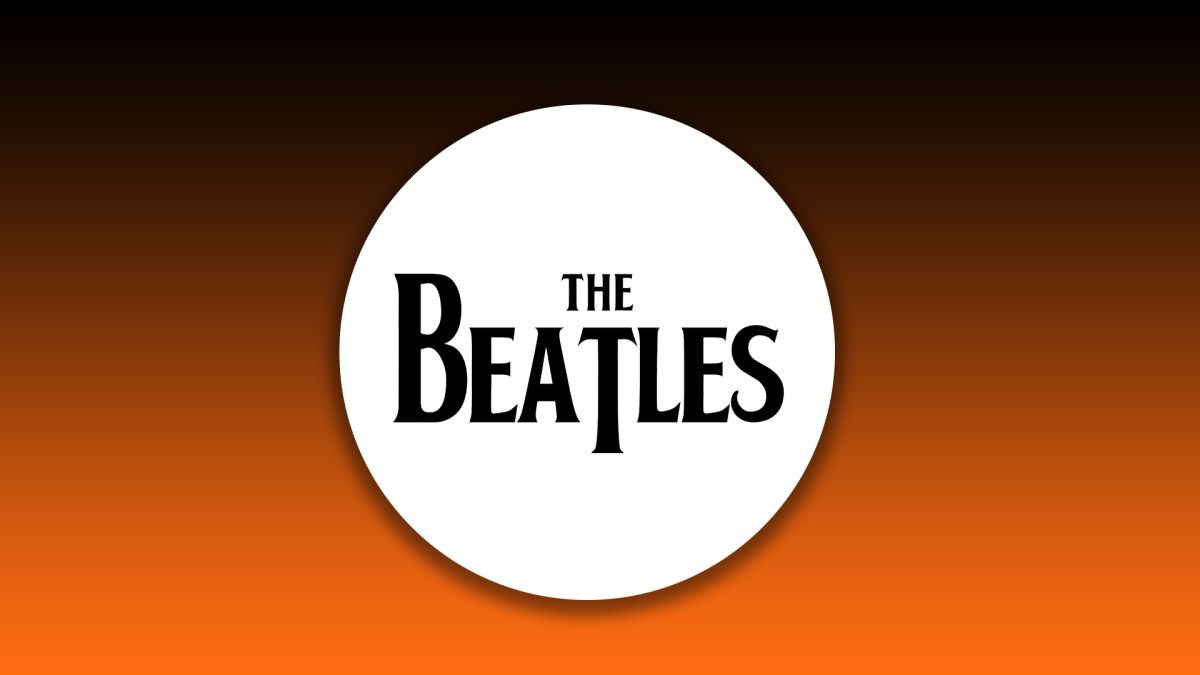 Unless you’ve been living under a rock for the past 60 years, you probably know who The Beatles are. From Sgt Pepper to Abbey Road, the likelihood is you’ve heard the songs – and seen the logo – at some point in your life. But what if we told you The Beatles logo isn’t actually The Beatles logo?

A viral Twitter thread has revealed that the design we know, with its iconic drop-down ‘T’, never actually featured on any of the band’s albums. Indeed, until it was finally officially licenced in the 90s, it hardly showed up at all – except for in one very particular place. Need a hand designing a logo as iconic as The Beatles’? Make sure you follow our 15 golden rules of logo design.

It turns out the ‘drop-T’ logo originates from the drum kit used by Ringo Starr (of Thomas the Tank Engine narration fame). In the Twitter thread, scriptwriter and novelist Eddie Robson shares that in April 1963 Ringo needed a new set of drums,  so he and Brian Epstein went to Drum City on Shaftesbury Avenue to get some. As the exclusive supplier of Ludwig drums, the store wanted the Ludwig logo to be prominent. Epstein agreed – as long as The Beatles was also written on the kit. The shop’s owner, Ivor Arbiter, sketched the drop-T logo on the spot: the larger B and T were to emphasise the word “Beat”.

A THREAD on The Beatles’ logo. Most people probably recognise it – a very simple design made distinctive by the drop “T” in the middle. pic.twitter.com/B8PWFqeShiJanuary 5, 2022

The logo never appeared on a Beatles cover in the band’s lifetime (Image credit: Apple Records)

Indeed, that drum kit is the only place the logo appeared for a long time. It doesn’t appear on any of the band’s studio album covers – many of which don’t even feature the name of the band. It was only in 1982, 12 years after the band parted ways, that the ‘drop-T’ logo appeared – on both a ‘best-of’ album and accompanying single (below).

But according to The Beatles Bible, it was over a decade later in 1994 that the logo was finally trademarked by Apple Records – and that’s when it started appearing everywhere from album reissues to merchandise. As Robson says, this “signals a shift in attitudes at Apple, with a more coherent approach for managing the group’s legacy.”

Many Twitter users have shared their surprise at the revelation that such an iconic logo only retroactively became synonymous with the band. “I was literally wondering who made this logo a couple of days ago and the answer is even more interesting than I expected. Love this thread,” one user comments, while another adds, “Interesting read, I’m surprised the drop T logo wasn’t trademarked till the 90s!”

From Lana Del Rey’s hilariously bad album art to that Drake cover, we’ve seen plenty of examples to prove that contemporary artists could do with taking a leaf out of The Beatles’ book when it comes to quality design. Looking for logo inspiration? Check out the best logos of all time.