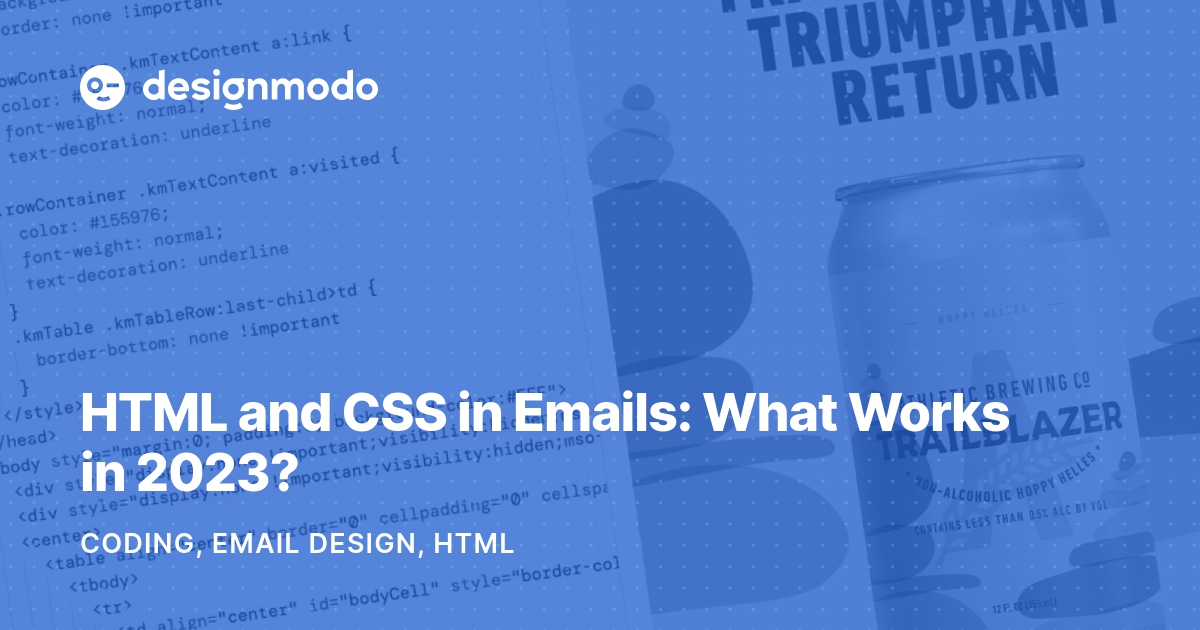 Arguably, one of the most exciting aspects of web development in recent years has been a significantly more consistent level of support for new HTML, CSS, and ECMAScript (JavaScript) standards amongst web browsers. However, the same cannot be said for email clients despite the introduction of fresh features such as media queries, flex, rem units, and more.

Let’s take a look at some of these features and how we can make them work for all email clients, in 2022.

Undoubtedly, one of the most annoying aspects of creating emails is having to declare styles for every individual element within its style attribute (for example ), otherwise known as ‘inline CSS’.

However, while the days of styling using ancient XHTML attributes (e.g.

It’s worth noting that some features (e.g. media queries and custom fonts) can’t be ‘inlined’, so a common approach to coding emails is to use internal CSS for progressive enhancements only and inline CSS for everything else (unless you’d be willing to forfeit custom fonts and cool layouts, of course).

It’s not an ideal approach, but it is what it is.

Note: external CSS (i.e. the method) only works in 21.21% of today’s email clients, which is a huge shame because it somewhat rules out creating email design systems.

Internal CSS allows us to use media queries, a necessary component of responsive design. Without media queries, emails can end up looking dreadfully linear, and while there’s absolutely nothing wrong with that from a minimalist viewpoint, a vertical design won’t be the right choice in every scenario.

Media queries only work in 75.75% of modern email clients so we recommend designing responsive layouts that degrade into vertical layouts very gracefully.

Additionally, there are some rules to remember…

As mentioned before, media queries can’t be used inline. They must be used within a