When it comes to doughnuts, there is but one king. Still, the giant fried pastry made of concrete near LAX that sits atop Randy’s Donuts has been a beacon to sweet seekers, including bushmen, Martians, and genius-billionaire-playboy-philanthropists. Dishing up doughnuts since 1953, Randy’s is a cultural icon and the latest to team up with soda brand Pepsi for a sweet collab.

A first for Pepsi, the ColaCream donut is filled with Pepsi and cream, with a sprinkling of pop rocks for added fun—and it even comes frosted on top with the brand’s signature Globe logo. The packaging is a primarily blue affair, dominated by typical SoCal tropes like beaches and palm trees, along with doughnuts, soda cans, and for an unapparent reason, a football (though perhaps there’s a Super Bowl tie-in). Pepsi branding dominates the donut box, though some of Randy’s branding peeks out from under the packaging. 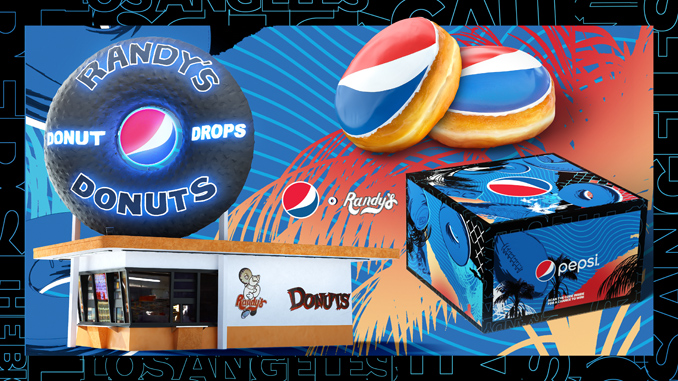 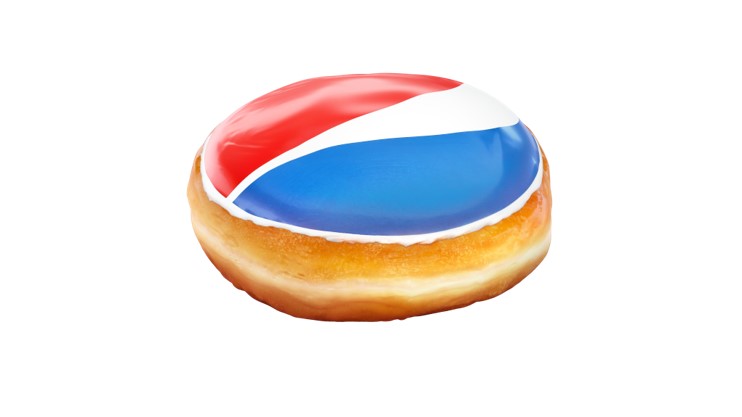 Pepsi ColaCream donuts are available as a combo with a 20 oz Pepsi exclusively at Randy’s original Inglewood, CA location, from January 23rd to February 20th.