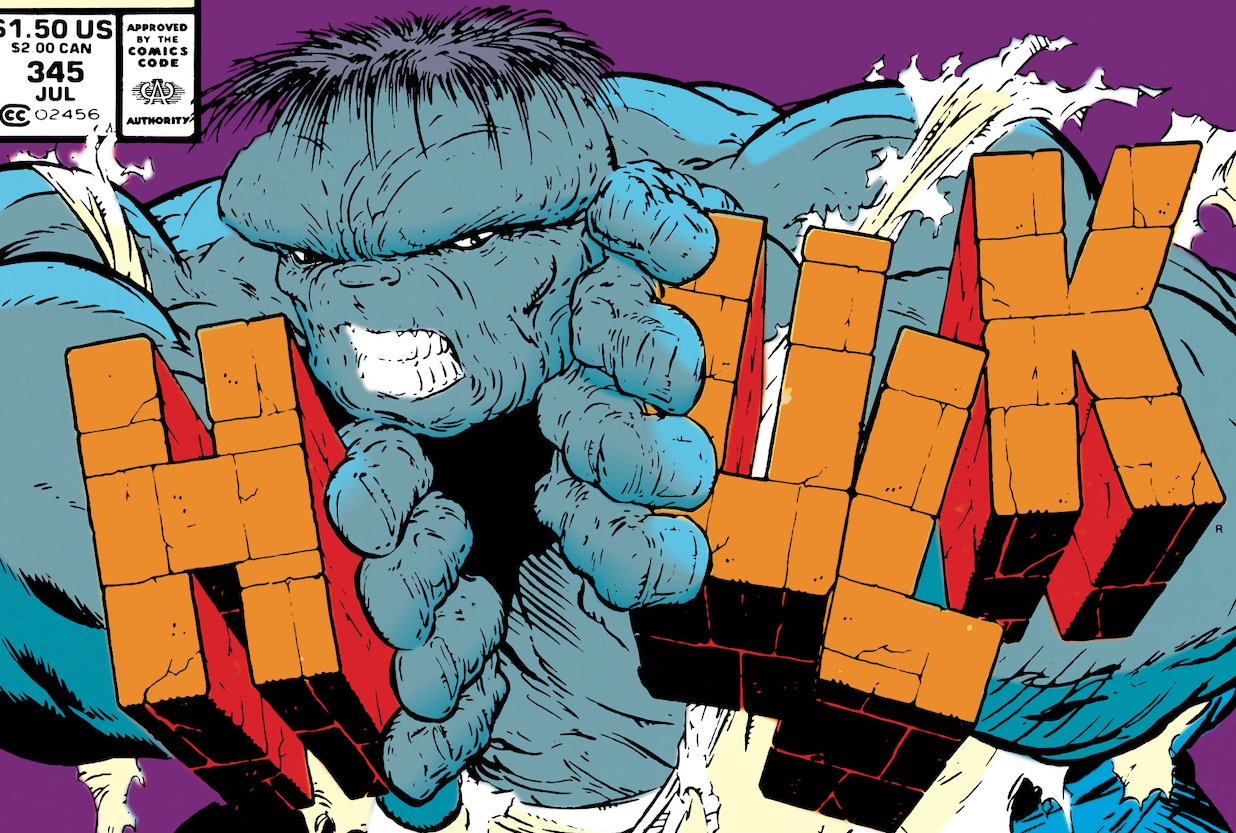 My attraction to graphic design started with comic books covers. Like a lot of artistic comic nerds, my pre-teen friends and I would painstakingly redraw our favorite panels from Iron Man; while they drew characters and scenes, I was the guy drawing Iron Man’s shiny, machined logo—rivets and all. I was enamored by the lettering’s three-dimensional form, as if it were forged by Iron Man himself. By the end of high school, I was drawing my own logos and looking forward to studying graphic design in art school.

In class, my professors taught us that logos should be simple and rely on intimation, not imitation. As young designers, we inherited a set of aesthetic rules that implied good taste: Black outlines around a logo were taboo, and evil lurked inside every drop shadow. Instead, Paul Rand’s logos for IBM and ABC were cited as models of elegant and effective design. Rand espoused the theory, saying: “A logo cannot survive unless it is designed with the utmost simplicity and restraint.”

But how can a simple logo survive being crushed by Dark Phoenix?

On the cover for Uncanny X-Men #135 (1963), the Dark Phoenix destroys Jim Steranko’s famous logo. Image courtesy of Marvel and Gestalten.

Comic book logos don’t play by the same rules as corporate America. In the Marvel logo universe, typographic marks, sometimes called logotypes, are designed to inhabit the same worlds as a comic’s characters. Before the desktop publishing revolution in the 1990s, logos were drawn by letterers in Marvel’s famous bullpen. This lent logos a charming, hand-drawn quality. Although modern logos are often based on existing typefaces, classic Marvel logos were custom drawn to relate stylistically to the title. There are cues to the genre of the comic in almost every Marvel logo. Angular, structured typography can indicate a military or espionage storyline. Pointed, flowing shapes indicate a character who is magical. Amorphous letterforms that appear burned or distressed indicate a monster or supernatural comic.

Understanding Marvel logos means understanding the Marvel universe, where every character is unique and larger-than-life. Logos are stand-ins for the title characters in the world of the cover, where custom lettering can embody the stylistic traits of the characters it represents. One of the best examples is the 1973 Ghost Rider logo, which featured the word “GHOST” rendered with lettering burning at the edges to convey that Ghost Rider is supernatural and on fire. The word “RIDER” is more structured and visually echoes Ghost Rider’s motorcycle. As if all this weren’t enough, the logo also features speed lines to let us know his motorcycle is, indeed, very fast. This approach is the opposite of intimation—it is full blown imitation that embraces a literal reading of the character. Although designers are trained to avoid this, it works in the Marvel Universe because everything is over-the-top: the writing, the art, the characters, and even the logos.

The cover for Ghost Rider #1 (1973) showcases the title’s literal approach to its logo. Image courtesy of Marvel and Gestalten.

This lack of subtlety works as an effective marketing tool. When comics were sold on a spinner rack, you could only see the full cover of the first comic on the rack, while the others were obscured by the comic in front, leaving only the logo visible. This meant the logo became a finding-aid for readers in a comic book store. To grab the reader’s attention the logo needed to break all the rules I learned in design school. Artists liberally used skewed letterforms, thick outlines, and illustrative ideas like cracks and speed lines in their designs. Loud custom lettering allows a logo to thrive above a high-energy multi-character fight scene. On a comic book rack, elegance and simplicity was a handicap.

Creating a consistent, recognizable visual identity is a tenet of good logo design, but that wouldn’t work in comics. Cover artwork changes wildly from issue to issue. The art can be multicolored or monochromatic, complex or simple, or feature an entire team or a lone individual. This ever-changing field requires logos to adapt to their environment. In 1961, the Fantastic Four logo debuted in red, cartoonish lettering. Issue #3 added a black outline around the letters, then in issue #16 an outlined blue drop shadow appears. By issue #119, Marvel abandoned the early lettering in favor of a logo based on a san-serif typeface. As noted by letterer and logo designer Todd Klein, the changes weren’t exactly arbitrary—the logo evolved to stand out as covers became more dense with action.

A redesigned logo can signify a change in the creative team or when the book launches with a new #1 issue. When Walter Simonson took over both the art and writing duties of Thor in issue #337, his cover depicted Beta Ray Bill smashing the old Thor logo. In the next issue, Alex Jay replaced it with a new logo, as if to say to the reader, “this comic is under new management.” Each of these logo iterations sends a quick signal to a reader about the time period a given issue is from, and who the creative team may be.

Most logo designers worry about the same things: Is it simple? Is it legible at small sizes? Can it be rendered in black and white? Is the design distinct from the competition? These questions are relevant in the context of logo design for the Fortune 500, but in the Marvel 616 logos are subjected to the same injustices as the heroes. Logos can be smashed, disrupted by an earthquake, torn, electrocuted, reborn, and reinvented as much as the story requires. This is why Marvel’s logos require a uniquely artistic approach to design—an off-the-shelf typeface, or a simple symbol, could never hold its own against the forces doing battle on the cover.

This essay was excerpted from Marvel By Design, Graphic Design Strategies of the World’s Greatest Comics Company [ed note: This book was edited by Eye on Design’s executive editor, Liz Stinson].