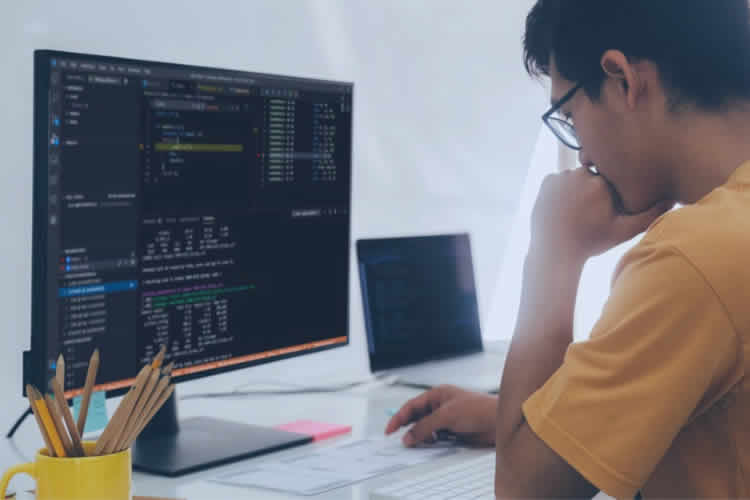 If you’re a web designer who works primarily on the front-end, there may be times when you need to hand your work off to a developer. Their job is to take your mockup and turn it into a working website.

This is a big step in the process. To reach a positive outcome, both designers and developers need to be on the same page, so to speak. But that’s easier said than done.

Quite often, certain aspects of a design and layout can get lost in translation. That leads to something that looks different in the browser than it did in your prototyping app. Even subtle differences can hurt the overall usability and aesthetic.

And while it might be easier to blame the situation on a rogue developer, it’s not always that simple. Communication is key, as is providing a clear understanding of the design itself.

Let’s explore some ideas for making the hand-off from designer to developer a productive one.

Overlooking the details is among the most common issues in the mockup-to-build process. Items such as which fonts are utilized, the spacing between elements, and design enhancements (shadows, borders, etc.) can easily be misinterpreted or even missed entirely.

This could be due to a lack of clarity. Without explicit instructions, a developer might have to search within a prototype to determine how these items were implemented. And not everyone will take the time to do so.

We may assume that these aspects of our design will be obvious – they’re not. Therefore, it’s important to document the various elements. This provides a reference point for developers as they work through the build.

Fortunately, many apps offer style guides that will help to avoid any confusion. However, if you’re designing in an app such as Photoshop, you may need to generate this information on your own.

Keep the Mockup and Assets Organized

Speaking of Photoshop, have you ever opened up a PSD file only to see a large number of unnamed layers in a seemingly random order? The ability to determine the contents of each layer can be extremely frustrating.

This not only wastes time, but it’s also another way a developer could miss out on those design details. Beyond that, forcing a developer to navigate an unorganized mess is not a great way to make friends.

The organization of a mockup is key to a smooth hand-off. Take some time to label the various elements within your work and place them in a logical order.

When it comes to additional assets such as images and fonts, place them in folders. It’s also helpful to name images in a way that reflects their content and/or usage.

When it comes to how your design will look and work on mobile devices, it’s best not to leave things to chance. Responsive styles are just as important as desktop.

Again, this is where the help of a good prototyping app can be priceless. The ability to add responsiveness to a mockup makes things that much easier for a developer to put into action.

Even so, some aspects may still benefit from an extra explanation. For example, how should multi-column layouts respond to tablets as opposed to phones? Will typography change? How about navigation? These are all important things to consider.

Include notes on mobile devices in style guides and documentation. This will ensure a consistent user experience for every screen.

Be a Tour Guide

Interactive mockups and written instructions are great. But there’s still something to be said for having a conversation around the finer points of a project.

With the ease of videoconferencing, a virtual get-together with a developer should be on your to-do list. This allows you to act as a “tour guide” of sorts, explaining all the moving parts of your creative work.

In addition, it’s also an opportunity to receive valuable feedback. There may be instances when a developer spots an issue that could negatively impact users. It’s better to find this out now, rather than in the middle of the build.

Participants can also ask each other questions and clear up any potential misunderstandings. The goal is for everyone to be in sync with what’s going on. Spending even a few minutes discussing the project will help get you there.

Designers and Developers Working in Harmony

In the end, everyone involved in the design and development of a website has the same goal: a successful outcome. A seamless transfer from designer to developer plays an important role.

For designers, it takes a little extra effort to ensure success. It involves providing a mockup that is well-organized and documented. That includes any specifics regarding how the website is expected to work across various screen sizes.

Finally, an effort to be engaged with colleagues is vital. Spending time together (virtually or in-person) to discuss the details should be a priority.

It takes practice to get things right. And there’s always the possibility of a mistake. But by taking the steps above, you’ll put your projects on the straightest path to success.