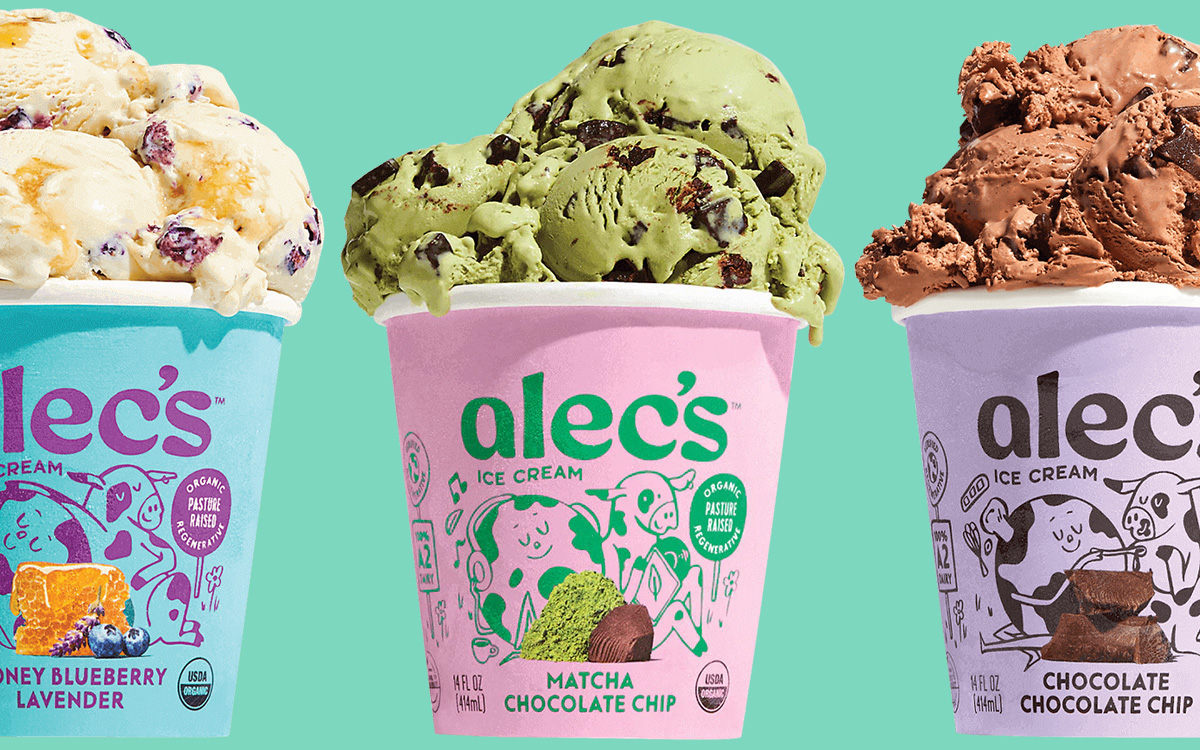 In the past decade, cold shipping has grown from an industrial need to an everyday occurrence. From meal kit deliveries to salmon subscriptions, perishable goods abound. Perhaps the most logic-defying category of frozen food delivery is ice cream. What started as a niche industry has become a familiar trope: a scrappy ice cream maker starts selling their homemade wares. That evolves into a scoop shop, which starts offering pints. Then those pints are sold online, and ship to anyone in the 50 states. This is what happened with Jeni’s Splendid Ice Creams (which opened as a stand in Columbus Ohio’s North Market in 2002), Van Leeuwen (which began as a truck in Brooklyn in 2008), and Salt & Straw (started as a cart in Portland, Oregon in 2011).

Jeni’s, largely recognized as the first national artisanal ice cream brand, started shipping back in 2004, just two years after its shop opened. In a 2017 interview with Inc, Jeni’s CEO John Bauer said that the logistical challenges — Jeni’s team packed its own orders and shipped them via UPS — were worth it to gain brand recognition. “Being able to ship our product (even when we only had a single location) helped us build a national network of fans who would do or pay just about anything to get their hands on our ice cream.”

Today, Jeni’s has fulfillment centers across the country. Its orders (4 pint minimum) ship inside a bright orange box (which features a Jessica Hische-designed logo). The box contains a polystyrene cooler packed with two layers of dry ice. (Because the coolers aren’t recyclable, Jeni’s had a mail-in reuse program for the coolers a few years back, but discontinued it citing low engagement.) The pints are sandwiched in between, perched in a thin cardboard tray. Orders include a full-color, double-sided insert the width of the box that includes information on the ice cream and the company history. Van Leeuwen (whose 2017 rebrand was done by Pentagram) has a similar setup with a polystyrene cooler. Salt & Straw (branded by Seattle studio Shipwreck) uses ClimaCell thermal liners from ThermaPack, which can be recycled.

The logistics of cold shipping are tricky and the materials they require can be wasteful, but that’s been true since Omaha Steaks started delivering t-bones in the 1950s. What’s changed in recent years is consumer expectations around packaging. The unboxing experience, a subgenre of YouTube since its early days, has created a set of norms around the way things should look when they arrive at our doors. Today, consumers seem to crave both a flawless wow-factor, and fewer, more sustainable packing materials. ThermaPack refers to this challenge directly: “For e-commerce businesses, opening the box is a critical moment of truth. If your insulation is sloppy, or plastic, it’s a turn-off. When people open a shipment protected by ClimaCell liners, they see crisp Kraft paper protecting what they’ve spent their money on.” In some ways, this shifting consumer preference is good — it drives brands to choose packing supplies that can be recycled or composted. But like anything sold online, it ignores the bigger question of whether a product (like ice cream) really needs to, or should, be shipped at all.

The bigger question is whether a product (like ice cream) really needs to, or should, be shipped at all.

While the interior presentation of a shipping box can often be somewhat controlled, packages themselves will inevitably get scuffed up, jostled, maybe even rained on or punctured. For brands, shipping products is an act of faith — in fulfillment centers, delivery partners, the weather. This is especially true when it comes to ice cream. “If you’re shipping a bunch of meat, even if the dry ice does dissolve, it will still stay frozen for a decent amount of time,” said Alec Jaffe, founder of Northern California-based Alec’s Ice Cream, “whereas for ice cream, it’ll melt right away.”

Alec’s launched in 2020, in the middle of the pandemic. Last year, when delays hit the shipping industry and customers started receiving packages that had been sitting too long on a truck or a warehouse, they were both angry and confused. Because dry ice leaves no trace when it evaporates, they thought their boxes had simply been packed without it. The brand started including a “Sorry if our ice cream is melty” note in packages, which included context and a customer service contact.

Unlike most ice cream brands of the early aughts, Alec’s positions itself as sustainable. (This was one of the goals of its recent rebrand by San Francisco agency Hatch Design). Its milk comes from a family owned and operated A2 dairy farm in Northern California that specializes in regenerative farming practices. Alec’s follows through on this commitment in its packages — the brand uses Green Cell Foam, a compostable material made from corn, as insulation. Though Alec’s started as direct to consumer, Jaffe says further expansion into retail is his goal. Today, mail delivery accounts for about ten percent of sales. He sees DTC as an alternative, not a primary channel.

In some ways, artisanal ice cream is a relic of a time in food culture when destination dining was more exciting than CPG brands. No matter how connected to a place the origin of an ice cream shop is, if growth is the goal, expansion beyond that place is inevitable. As more food and drink culture has shifted away from locally rooted, hyper-specific businesses and towards placeless, easy-to-scale products, the idea of keeping a local place limited to its actual location seems like a missed opportunity. Today, food brands toe a tricky line — in order to truly be a household name, they need to actually reach every household.