We’re excited to announce the full Awards shortlist below. Keep an eye out for our Winners Showcase, which will be revealed later this month on the site.

Master Conductor, by Superunion, for LSO

Guardian 200 Years, a Work in Progress, by Oliver, for The Guardian

Altogether Different, by 4creative, for Channel 4

Alice: Curiouser and Curiouser, by Hingston Studio, for Victoria and Albert Museum

Super. Human., by 4creative, for Channel 4

Fight For Home, by Superunion, for Shelter

Squirrels, by Supple Studio, for Scouts

Khortytsia – the island of a mystery, by Bickerstaff.734, for The Office of the President of Ukraine

Dennis & Gnasher Postage Stamps, by The Chase, for Royal Mail Stamps and Collectibles

The Rolling Stones – 60 years and counting, by Baxter & Bailey, for Royal Mail

Thinking&Working&Playing&, by Studio Suther&, for Norwich University of the Arts

After the last couple of years, we all need an ear, by Uncommon Creative Studios, for ITV

Guardian 200 Years, a Work in Progress, by Oliver

Altogether Different, by 4creative, for Channel 4

We Will Grow Again, by Uncommon Creative Studios, for B&Q

Empowerium Store, by Among Equals, for The Girls Store

After the last couple of years, we all need an ear, by Uncommon Creative Studios, for ITV

It’s Rude Not to Stare, by 4creative, for Channel 4

Guardian 200 Years, a Work in Progress, by Oliver

The Road to Completion, by Uncommon Creative Studios, Habito 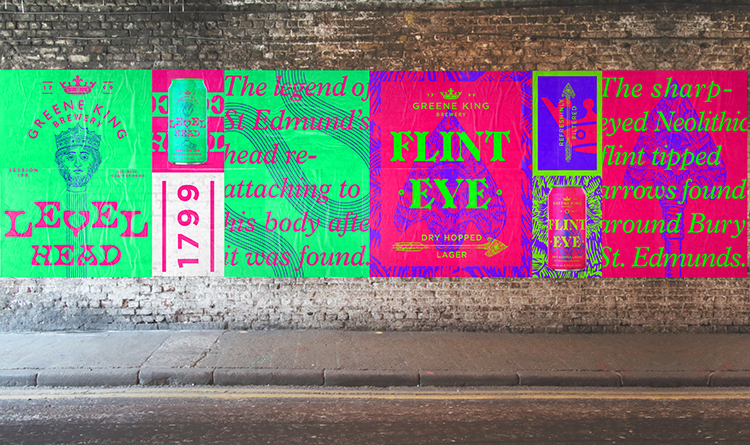 The metamorphosis of a bottle: One Gin, by Saint Design London, for The Spirit Of One

NEXT Insurance Brand Illustrations, by Collins, for Next Insurance

Cuoco – Beyond Biscuits, by The Collaborators, for Percy’s Bakery

The Circle, by UnitedUs

Tostitos Sonic Identity, by Made Music Studio, for Frito-Lay (Tostitos)

Creativity is Essential, by AMVBBDO, for Bacardi Bombay Sapphire

The Malin, by Jean Morana and Jordan Trinci-Lyne, in collaboration with Fettle Design

Drama vs Reality Game, by Uncommon Creative, for ITV

Best Use of Data

2021 Strava Year in Sport, by Manual, for Strava

#ItStillMatters, by Design102, for Ministry of Justice

That Guy, by Stand, for PoliceScotland

SMASH, by I-AM, for SMASH

My Footprint app for WWF-UK, by Rufus Leonard, for WWF-UK

SONZAI at the V&A Museum, by Roland Lane Studio

Coalescence, by Acrylicize, for Confidential

The Hundred Title Sequence, by Coffee&TV, for BBC Sport

Life’s looking sweeter, The Great British Bake Off 2021, by Intro, for 4Creative and Channel 4

Logi Dock: A Beautiful Mess, by ManvsMachine, for Logitech

Lightmatter Hardware, by Pentagram, for Lightmatter

fabWeaver Type A530, by tangerine, for Sindoh

Beeline Velo 2, by Pentagram, for Beeline

Yoto Mini, by Pentagram, for Yoto

AXOR One – Taps, Showers and Accessories, by Barber Osgerby, for AXOR

The Dome, by Gozney

Do Something for Nothing, by Phoenix Wharf

The Micropedia of Microaggressions, by Zulu Alpha Kilo, for Black Business and Professional Association, et al.

A year in ITV Daytime, by ITV Studios, Daytime

The Big Welcome, by Alphabetical, for University of the Arts London

Thanks in Advance, by Anyways Creative (credit to Dan Powel)

The Dissolving Bottle, by BBDO Guerrero

Air Heroes, by Engine, for E.ON