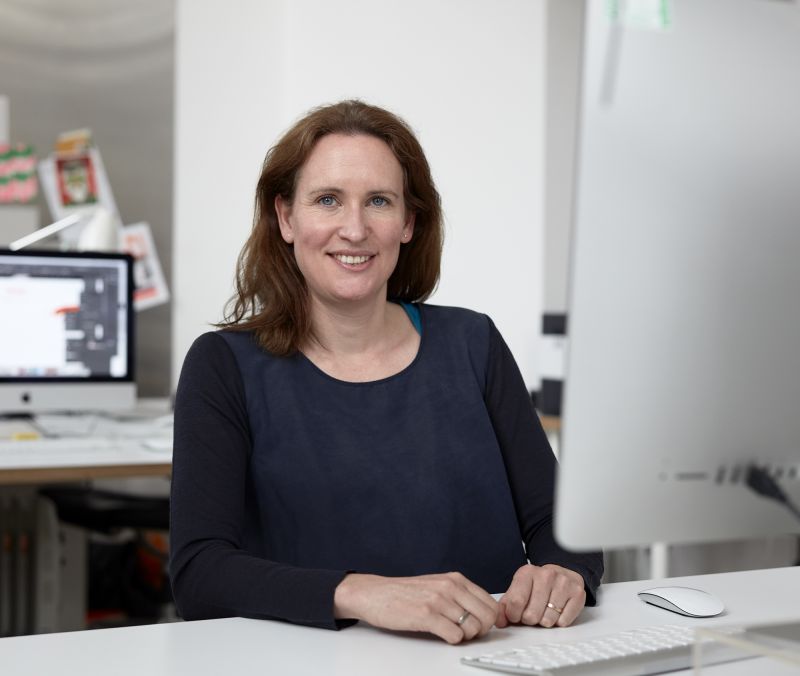 Charlie also takes an active part in the design community: lecturing at Glasgow School of Art, speaking regularly at design events, and judging on design panels, including Creative Review’s The Annual.

As the 20th anniversary of Charlie Smith Design approaches, we chatted with her about being lean vs staying sane, naming your studio after yourself, and working on projects you truly believe in.

You started Charlie Smith Design in 2003. How does it feel to look back just one year off your 20th anniversary?

It’s crazy. I remember it being ten years, and that feels like yesterday. So I just can’t believe it’s nearly two decades.

I started my career at Pentagram, where I worked for Angus Hyland, straight after graduating from Glasgow School of Art. I spent three years there. It was an amazing experience and a steep learning curve, but I got to work with some hugely talented designers. Then I went to NB Studio, where I stayed for a year before taking a year off to travel. I was very lucky. After seeing the world, I headed home and was approached to work on three separate projects.

One was working on a new website for Jasper Morrison, and another an identity for an architectural practice. I was also asked to work on a big job for the V&A with Judith Clark, who I had met whilst at Pentagram.

I came back and started these projects straight away. I’d actually had no plans to set up a business and so kind of fell into it. I didn’t really have a clue about setting up and running an agency, costing projects appropriately and managing time efficiently, writing proposals, and the whole project management side, which is such a crucial part. 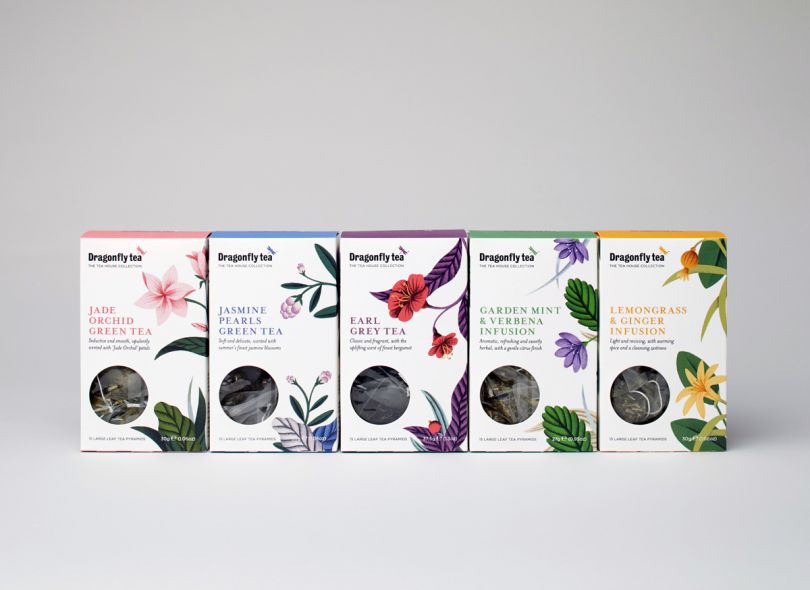 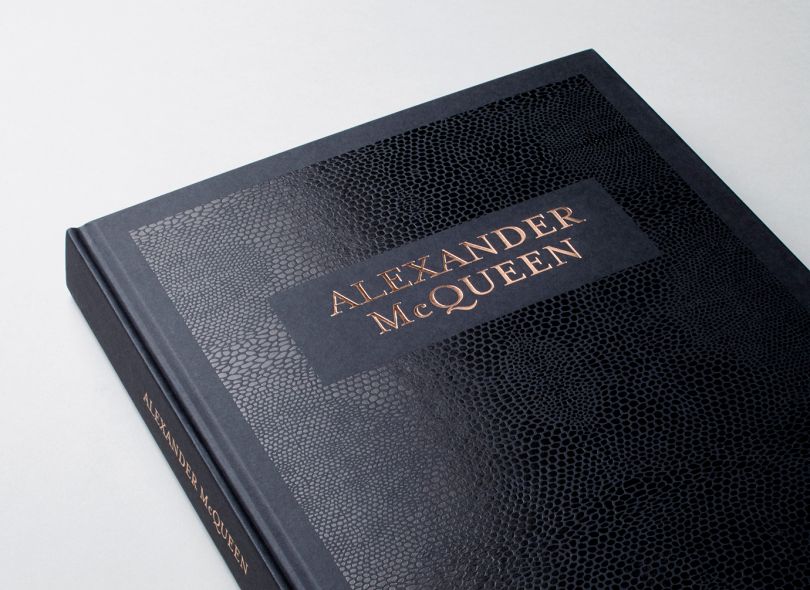 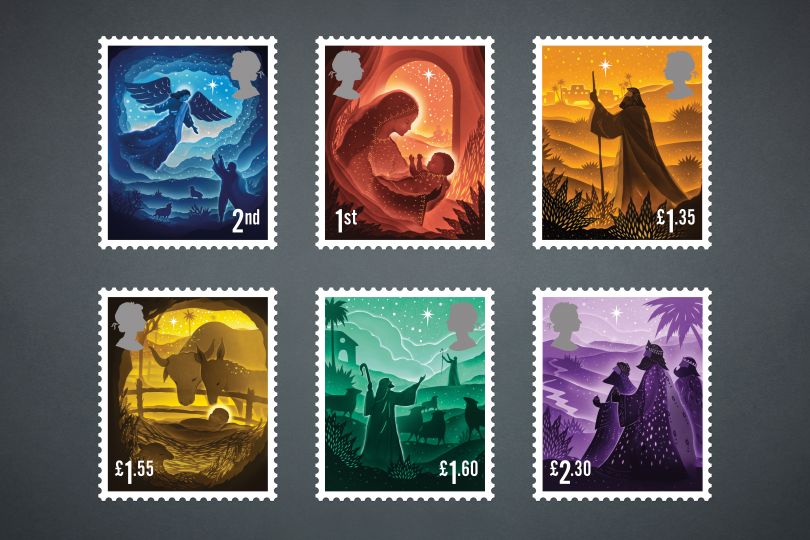 Yes, most designers are very creative, but they’re not necessarily good at that business side. Every so often, I meet designers who are good at both, and I’m so jealous because it’s something I’ve had to learn as I go.

About eight years ago, my life improved massively when I finally got a full-time project manager/account manager. It’s been transformative because it’s all the stuff that I hate doing. The potential conversations with clients about budgets, timing, and when issues crop up. I tend to overpromise if it’s left to me because I just want to make people happy. In the end, it’s better to be realistic about what is achievable from the start. Also, I just want to do the creative. So getting someone much better at that side of things means I’ve been able to focus more on the bit that I enjoy and am better at.

You’ve stayed really close to the work over the years, haven’t you? You’ve not gone down the route of taking on a lot of staff, and you’ve stayed quite lean.

Yes, definitely. Being smaller, I can be really hands-on with the projects. I know exactly what’s going on in the studio. If something comes out, even regardless of the size of the project, I’ll always be involved. So I feel like I’ve got my eyes on everything. 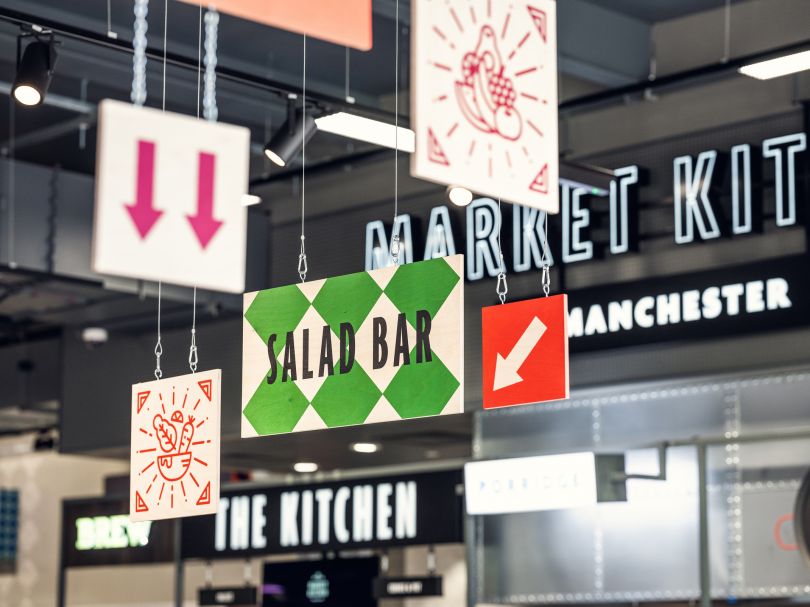 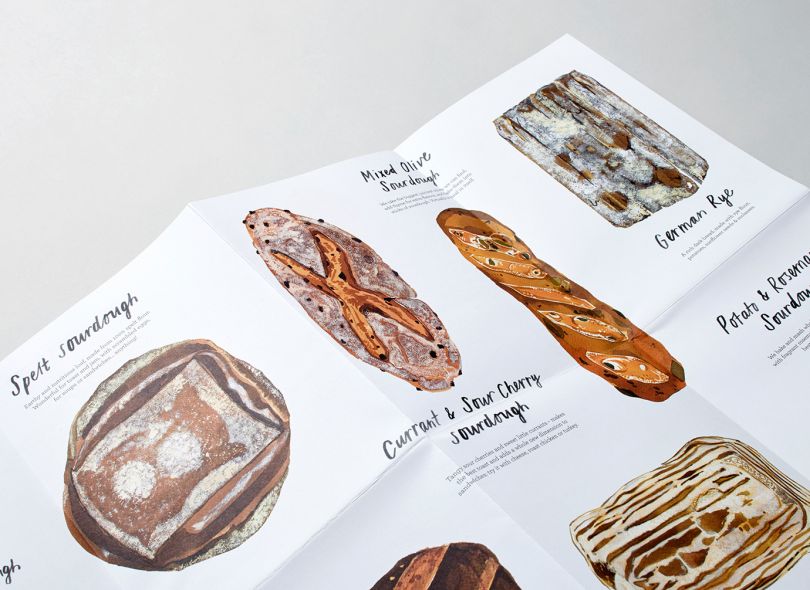 Gail’s Bakery — A Day in the Life © Charlie Smith Design 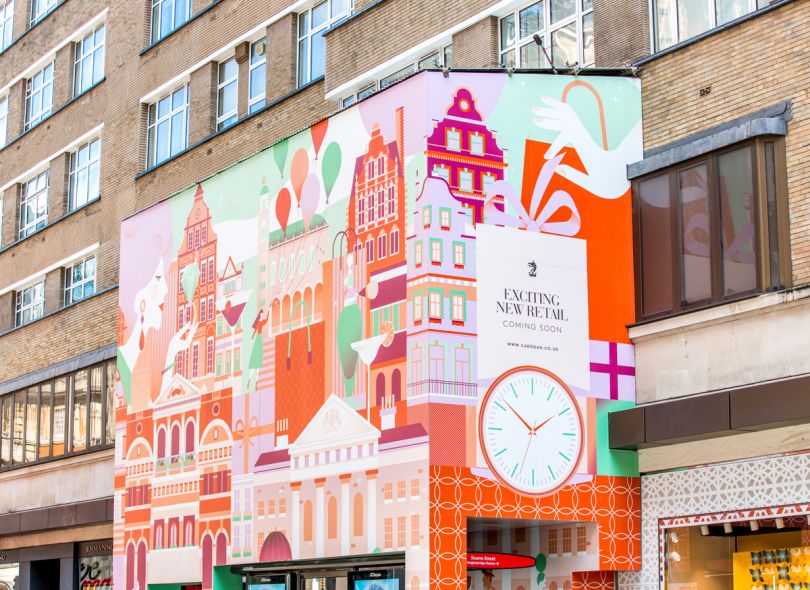 That said, in terms of staying lean, I should have taken on more people in the first few years. Because I was working until midnight most nights, trying to do the design work during the day and the admin side of it in the evening. I took on one designer, but I needed more help.

Once I had kids, I had to scale it back for a while anyway. But then, when I was back working, I started taking on more designers and finally took the leap of getting a project manager. So it kind of grew organically. The biggest we’ve been is eight staff, and that was pre-Covid. Now we’re five: myself, our project manager and three designers, and we bring in extra people if we need them.

It’s amazing: it’s such a small difference when you get to eight. But at the same time, there’s suddenly a lot more pressure to take on jobs you wouldn’t necessarily want to do. Then you feel you have to take on more projects just to pay the bills.

I love the size we are now because I feel I can be even more involved. All my designers come in as interns, so you can see if they’re the right fit. And if they are, they generally stay until they are seniors.

If you can get into an agency you believe in, where you like what they’re doing, and the creative directors or founders are people you want to learn from, you’re definitely on the right path.

Was it a conscious decision to use your own name for the studio?

Funnily enough, if I’d had my time again, I wouldn’t have used my name. Basically, I didn’t realise I was starting a company. I was so naive initially: I assumed I’d just be freelancing. And I thought it’d be a bit weird to have a name that wasn’t my name. But then, when it turned into a company, it was kind of too late.

Since then, we’ve contemplated changing our name to ‘CSD’, which we always refer to ourselves anyway. Because sometimes I think people might perceive us as being smaller than we are, or just a one-woman company. It’s an ongoing conversation.

What sort of hours are you working nowadays?

I’ve found a great balance now since taking that step of getting enough help. Employing your first person is such a massive step. You look at how much it costs, and you just can’t see how it’ll ever pay off. But for me, once I’d employed one person, I understood. I realised: ‘Oh, my God, I was just trying to do it all myself, and that’s impossible.’

For the first ten years, I worked crazy long hours. I always took my laptop on holiday and often cancelled holidays and meet-ups with friends. There are so many sacrifices you make, and I ended up resenting it. But then, when I grew the team and took on a project manager, I could get a much better balance. I rarely work late now.

Obviously, there are still moments of high stress when you’ve taken on a bit too much. You can’t find freelancers, there are a few deadlines at the same time, and you’re not sure you’ve cracked it. But on the whole, I feel more established and secure in what we’re doing. 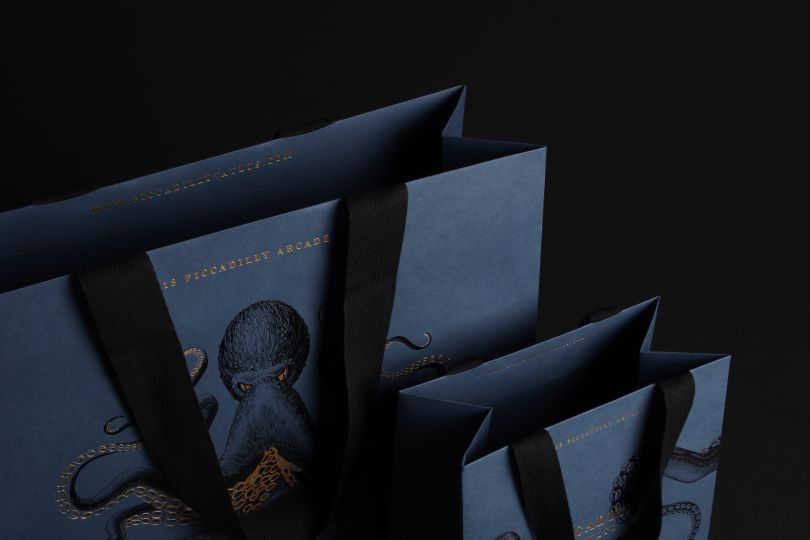 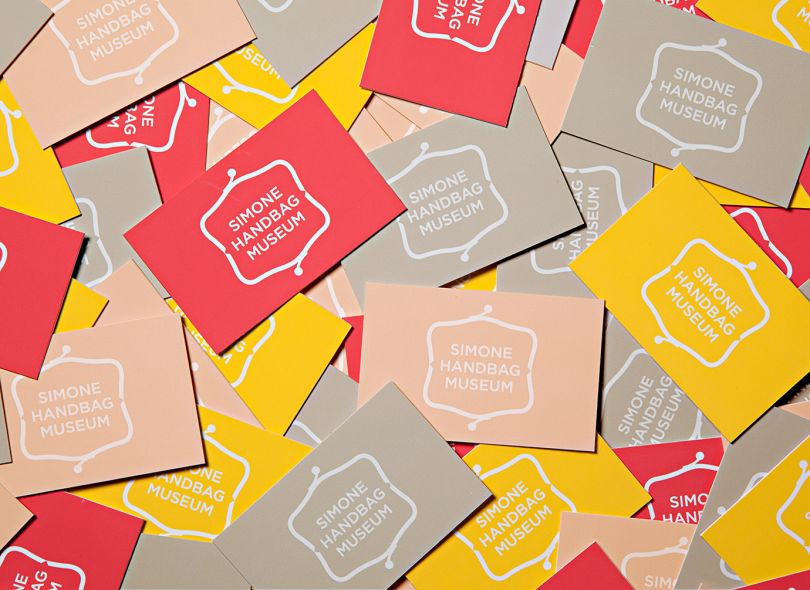 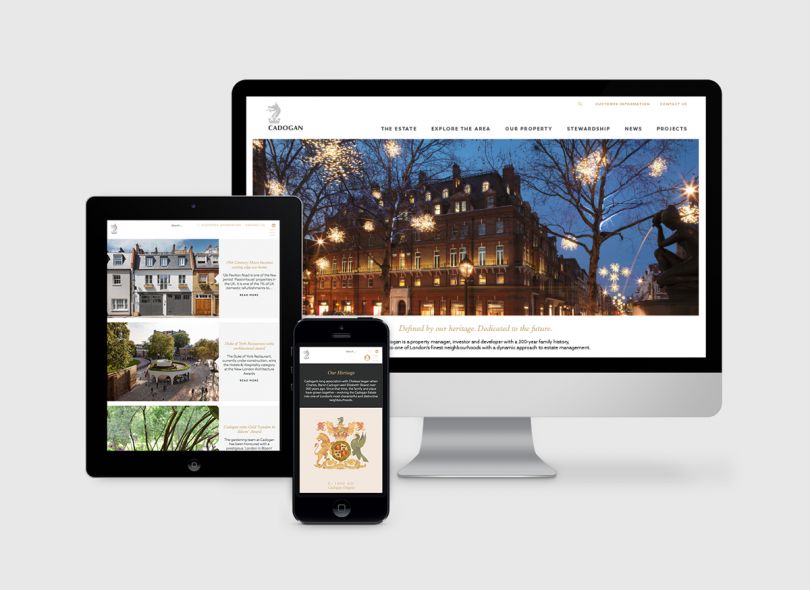 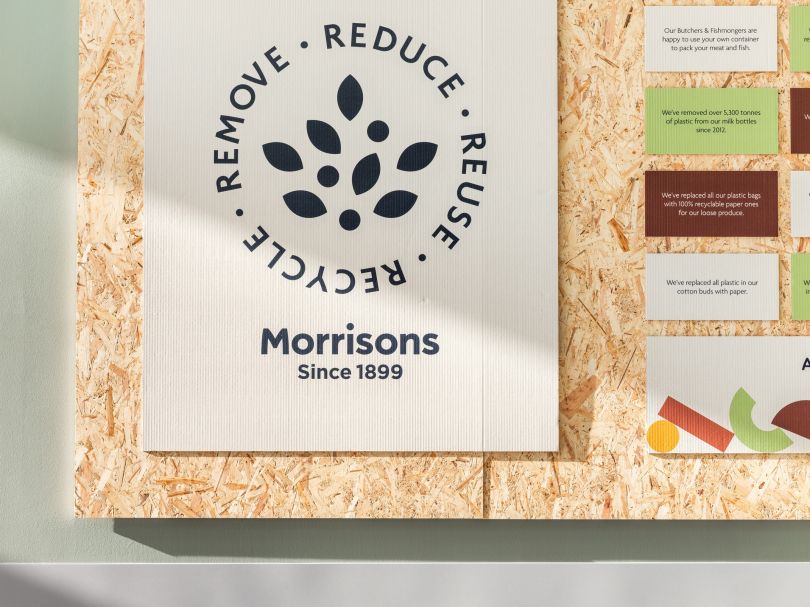 And you still get excited?

Absolutely. I always like it when we get approached for projects in a new sector or an area I don’t know much about. It means you’re always learning new things. I’m really happy that we haven’t been pigeonholed into one sector. When you come at something new, you can bring fresh eyes to it. Also, from our point of view, there are so many learnings between projects, different clients, the scale of projects, various sectors etc. There’s still a lot more to learn, which keeps it exciting.

So, what are your top tips for people entering the industry today?

Everything was about getting the right job at the beginning, although I think that’s much harder now. Everyone needs to work and pay bills. But if you can get into an agency you believe in, where you like what they’re doing, and the creative directors or founders are people you want to learn from, you’re definitely on the right path.

Also, ensure you keep in touch with all your contacts as you progress because they’re all moving with you and on their own paths. And loads of the people I work with or collaborate with now I’ve known for 15-20 years.

After 20 years of Charlie Smith Design, what are you most proud of?

I look at our client list over the years, and I think, ‘Oh wow, that’s pretty good’. Some big organisations have trusted us, even though we’re a small company.’ And I’m proud that we’ve got a really good studio atmosphere, and a lot of my team stay with me for years and years. Which I hope means that I’m a good boss!