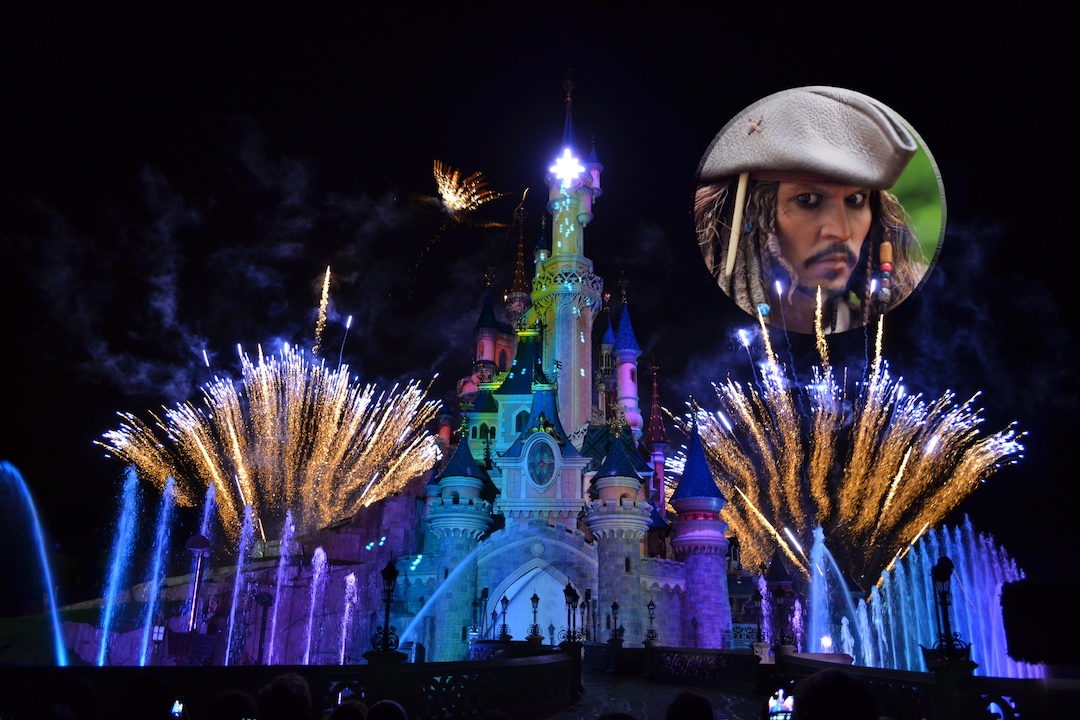 Johnny Depp’s interpretation of Captain Jack Sparrow is, as it turns out, no dead man. After years of separating itself from the actor, Disney—or at least Disneyland Paris—is finally recognizing that Depp exists.

It was only two months ago, when Walt Disney World celebrated its 50th anniversary, that the flagship theme park posted a Pirates of the Caribbean advertisement without any portrayals of its leading pirate. This was, of course, to the chagrin of fans who had been following the franchise since the beginning.

Disney executives also affirmed in May that there would be two more Pirates of the Caribbean scripts—both of which exclude Depp. All this comes after a scandalizing op-ed written by Depp’s ex-wife Amber Heard, who had accused her former husband of domestic violence without naming him.

So imagine park visitors’ surprise when Disneyland Paris apparently illuminated its castle on the evening of Saturday, June 18, with images of Depp’s Captain Jack Sparrow.

The display, recorded by a Twitter user, transitioned into cannons firing, and concluded to cheers by fans.

Depp’s voice could also be heard during the projection.

The alleged timing of the light show is notable as Depp had won a high-profile defamation case against his ex-wife only a couple of weeks before.

Plus, with Disney long disassociating itself from Depp, this walk-back is astonishing.

While Depp’s reputation had taken a nosedive over the years, allegedly costing the actor millions, he regained the crowd’s approval during his widely-publicized court proceedings with Heard. The support has spilled over to the benefit of brands, even; the Depp-endorsed Sauvage men’s fragrance by Dior is now enjoying a resurgence.

[via Indy100 and MovieWeb, images via various sources]