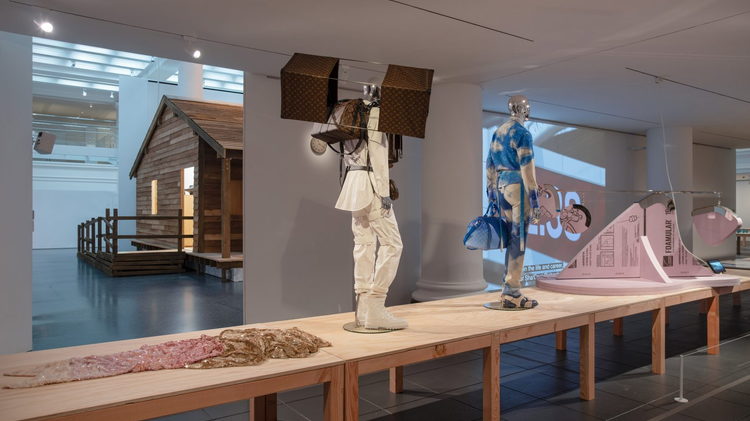 Multidisciplinary. Iconoclastic. Transcendent. While all things are true, none seem to adequately define artist/designer/fashion icon Virgil Abloh’s many contributions to the cultural ethos. In his short life, Abloh wore many hats. He trained to be an architect, collaborated with artists, architects, and musicians alike, and even built his own fashion brand, all while serving as the Menswear Artistic Direct of the prestigious Louis Vuitton. Simply put, Abloh’s many accomplishments cannot be summarized in one paragraph. But now, with a new exhibition at the Brooklyn Museum, visitors can see a stunning display that spans two decades of his career. 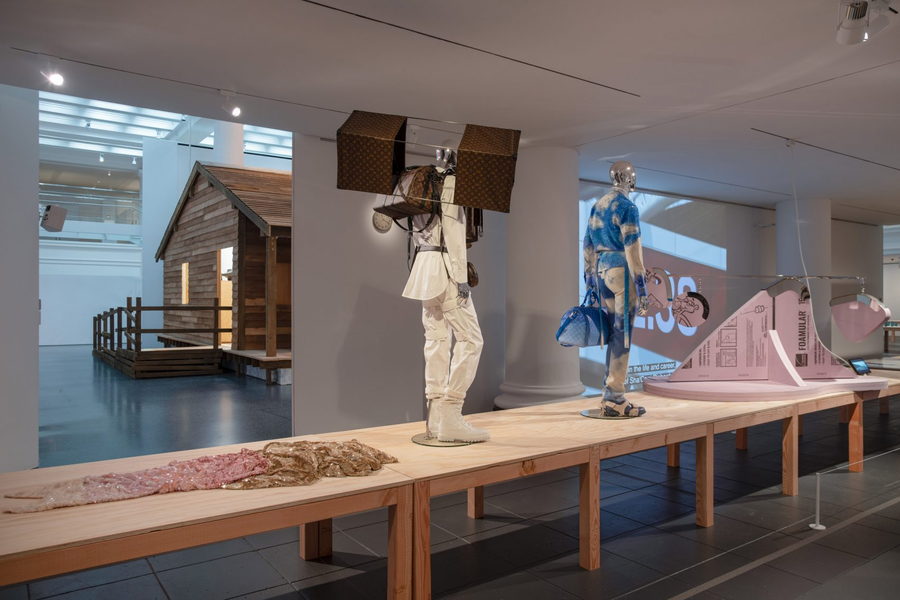 Titled “Figures of Speech,” the exhibition is a reimagined iteration of Abloh’s first show at the Museum of Contemporary Art Chicago, featuring over 100 works by the late artist as curated by writer/critic Antwaun Sargent. Originally planned before the pandemic and Abloh’s death in 2021, the show is a carefully concocted mishmash of Abloh’s genius. Works of both fashion and design converge on an elevated, scene-stealing runway. An array of colorful sneakers marches across a table. Architectural sketches and fashion prototypes share space with a model of Chicago (Abloh’s hometown), including a proposed skyscraper he submitted for his master’s thesis in 2003. 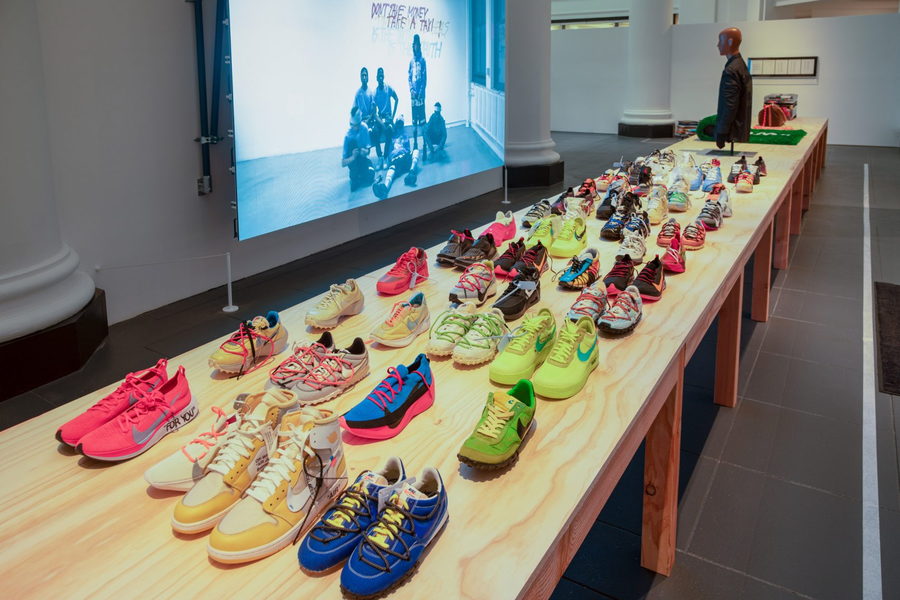 Get the latest design news!

Sign up for our newsletter and get the latest design news.

Thanks for subscribing! Expect a newsletter with the latest out-of-the ordinary designs and innovation soon.

While all this all might seem incongruous, the placing of Abloh’s extraordinary works is deliberate, and meant to express the artist’s work as a means to “[break] down hierarchies, especially within the creative world,” according to Sargent. 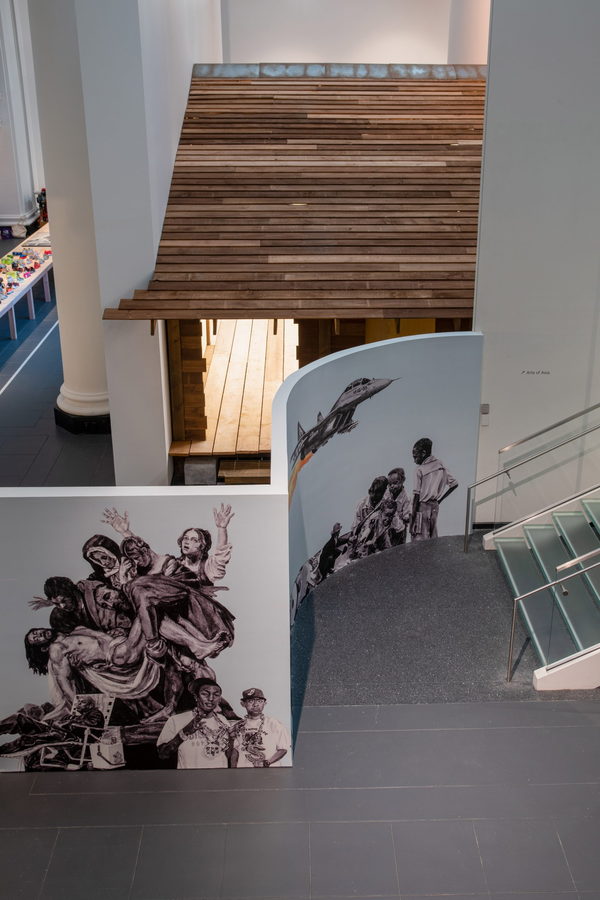 Sargent also explains that Abloh’s original goal for the exhibition was to re-conceptualize the show’s previous iterations from a more New York point of view, as the city “had special meaning for [Abloh], in the sense that it really was the place that he…became the artist that we have come to know.” One of the most significant ways the current Brooklyn exhibition has departed from its predecessors is its emphasis on Abloh’s many forays into architecture, including early sketches he completed while training to be an architect at the Illinois Institute of Technology.

Appropriately enough, the show’s main attraction does reflect Abloh’s architectural bent, in the form of a full-sized house dubbed “Social Sculpture.” Built into the museum itself in order to fully integrate it with its surroundings (including the addition of new walls and existing columns), the display is eye-popping and dramatic, to say the least. According to Sargent, it showcases Abloh’s “spatial thinking as [both] an artist and designer.” 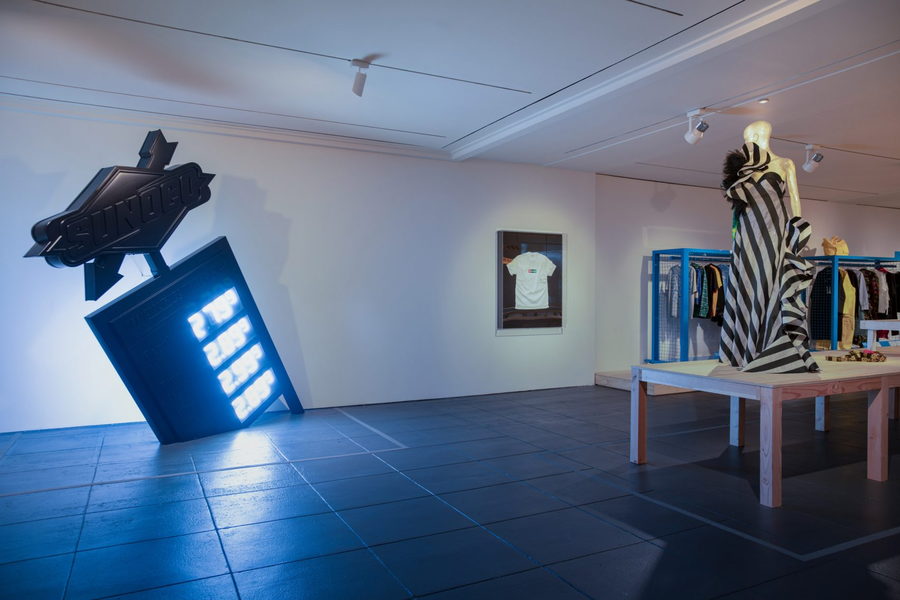 But like many of Abloh’s impressive art and design feats, Social Sculpture is so much more than just that. It’s a social commentary, “a representation of Black space, a living monument that holds the potential, through the exchange of ideas, to inspire the creation of more Black space,” as the Brooklyn Museum said in a statement. 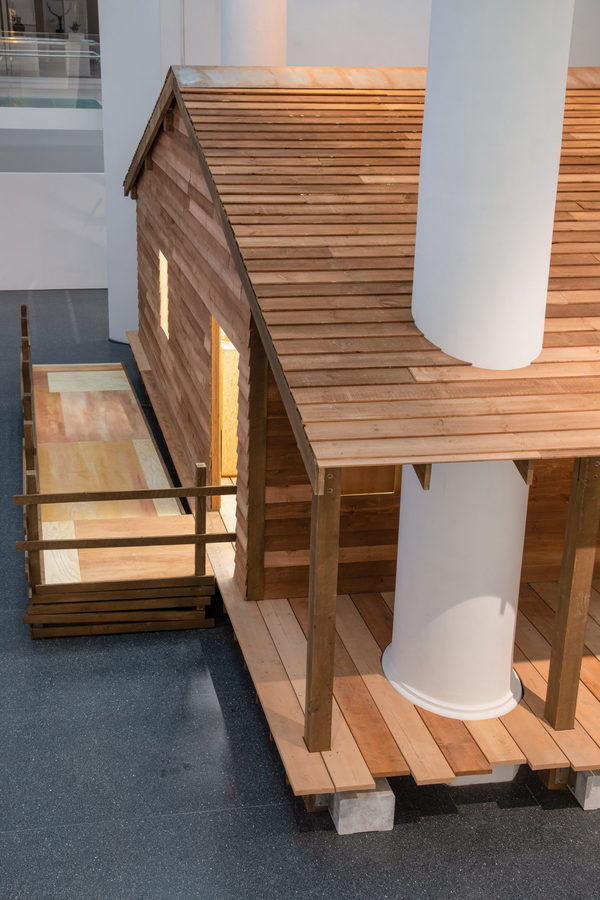 This re-examination of Black space is exactly what makes the new exhibition so distinctive. The layout is dynamic and fluid, building relationships between disciplines as it simultaneously works to break down the barriers between them. And because Abloh himself had a hand in envisioning and conceptualizing the exhibition, as Sargent says, “‘[Figures of Speech]’ should be considered [Abloh’s] last living work…not at all a memorial…[but] a show by a living artist.”

“Figures of Speech” will be on display at the Brooklyn Museum through January 29th, 2023.