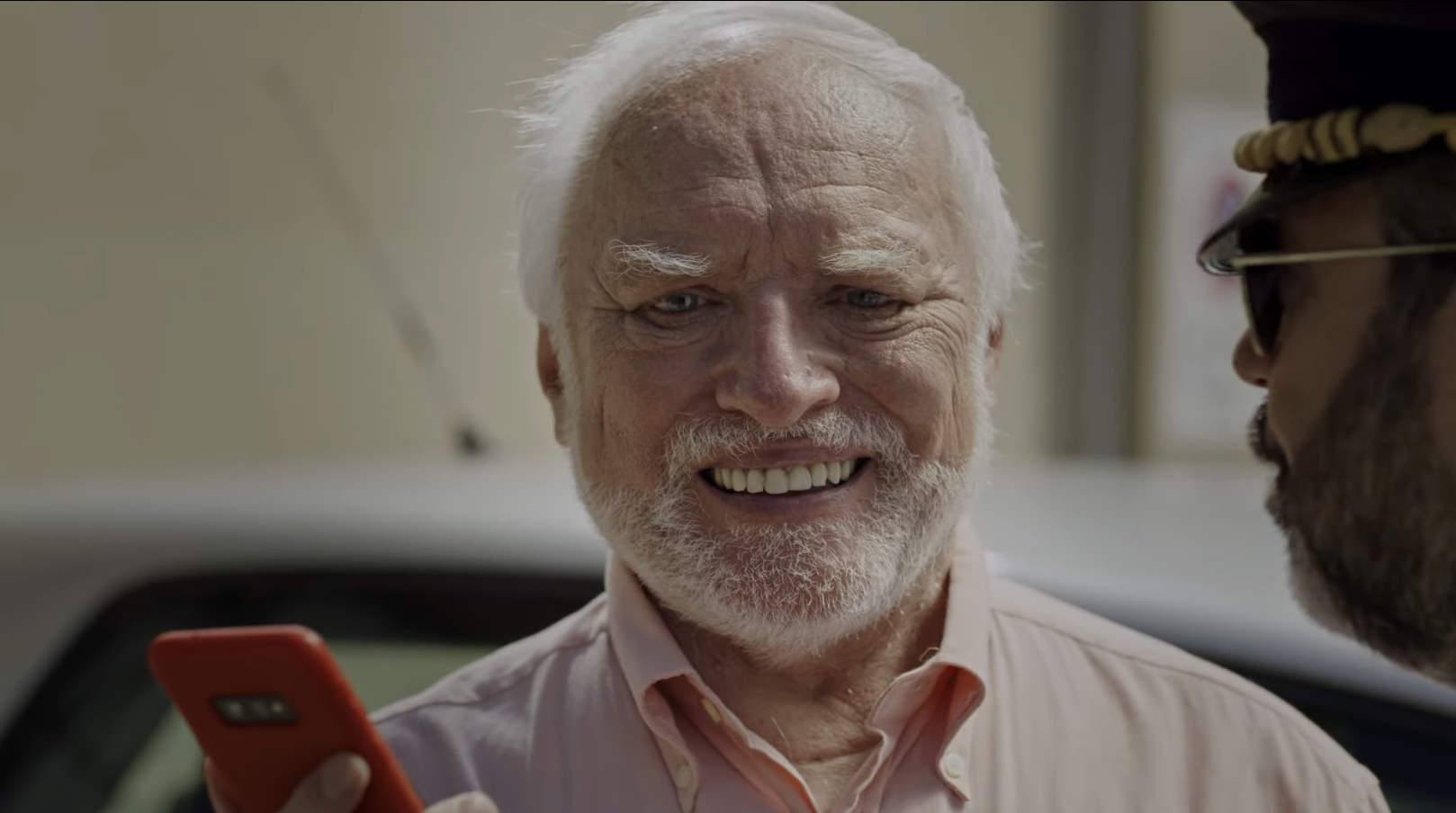 András Arató is the face behind this familiar meme, which exploded on the internet in 2011 as a visual metaphor of smiling through the pain. Initially a set of obscure stock images, they’ve grown to become more relevant than ever over a decade on.

With the meme embedded in their memory, Vodafone Italy and digital agency We Are Social Milan have engaged Arató to deal with more uncomfortable situations (the guy is 77 years old now and he can’t seem to catch a break).

In a new campaign, the man endures getting his car defaced and stolen—after being served a parking ticket. He is also forced to look after his boss’s plant over the weekend, in this heat.

Come what may, ‘Harold’, well, hides the pain. As they say, smile and the world smiles with you.

Arató’s character is suppressing his discomfort because he’s received an alert that he’s been chosen as a winner for the relaunched Vodafone Happy program, which rewards customers for their loyalty with prizes like a trip to Dubai, the MINI Full Electric car, and an L5 laser television—so nothing else really matters. To be eligible for the scheme, they’ll need to accumulate points, or ‘smiles’.

[via The Drum and Mediashotz, video and cover image via Vodafone Italy]